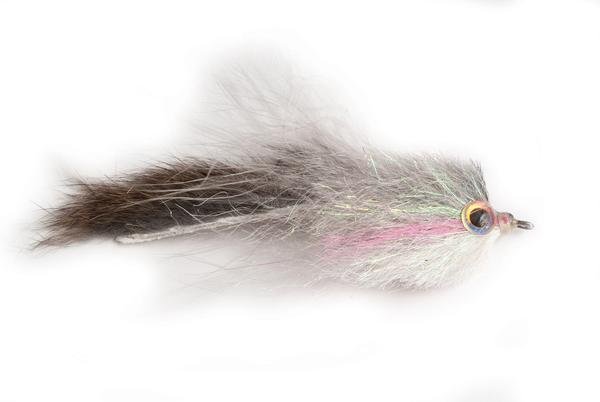 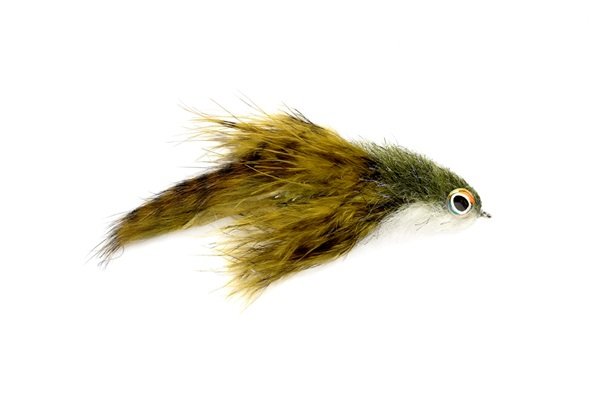 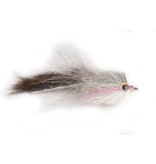 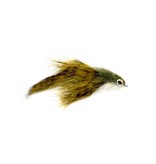 A big articulated streamer that in its first 15 minutes in the water on the East Branch of the Delaware, netted a 20-inch rainbow followed by a 20-inch brown. Since then, it's nailed smallmouth, largemouth, lots of big trout, and tons of other species. The fly was adapted from the Kinky Muddler, a saltwater fly, to serve as a big, mobile streamer to throw for trout. Like the Kinky Muddler, it has a big, water-pushing head of synthetic fibers that make the fly wobble, but the Kinky Zonker adds an articulated hinge point, and a tail of rabbit and marabou, that move with every twitch. If you throw it across the current to the bank, it bobs left and right and wiggles at its articulation point. It's tied and weighted to ride hook point up so that you can throw it right up into the shallows or drag it with a sinking line, but it also waves and wiggles on a dead drift or a slow swing. In its different colors, it can represent an olive or brown sculpin or a grey alewife or bronze chub. It's one of the best streamer patterns for any predator that eats mid-sized baitfish. 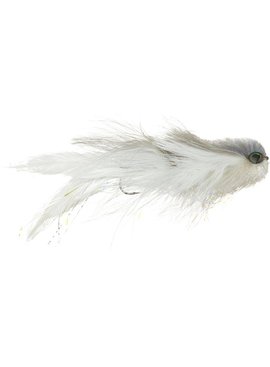 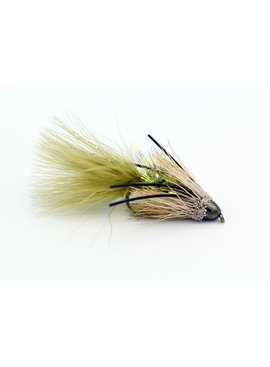 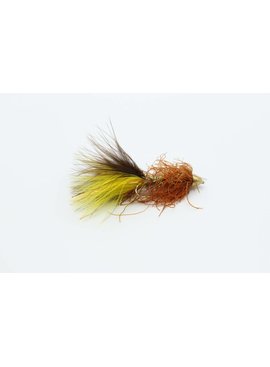 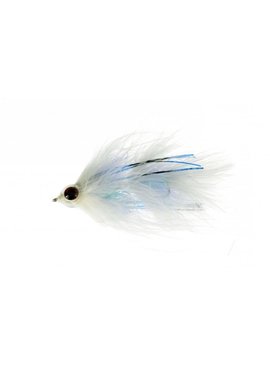